Where to Buy the Safest E-Cigarettes

Which is Safer – Vaping Products or Heat-Not-Burn Products?

The 11 Most Common Newbie Vaping Mistakes

If you’ve made the decision to switch from smoking to vaping, you deserve to have the best experience possible. Make your switch to vaping great by avoiding these 11 common newbie vaping mistakes.

Without a doubt, this is the most common newbie vaping mistake because nearly every vaper does it on his or her very first puff. That's because the design of a traditional tobacco cigarette is optimized for highly controlled burning. If you puff harder on a cigarette, the rings in the paper make the cigarette burn more quickly. If you puff firmly on an e-cigarette, though, you won’t get more vapor.

Depending on the design of your vaping device, you may actually get less vapor because the air tube leading out of the cartridge or tank will fill with e-liquid. You may even get e-liquid in your mouth. If you want to get more vapor out of your e-cigarette, try taking longer puffs – not harder ones. Use gentle, even air pressure to avoid sucking e-liquid through the air tube.

2- Waiting Too Long to Refill the Tank

A vaporizer or pod vape with a refillable tank or pod can only work reliably if there is enough e-liquid in the tank to keep the coil wet. The heating coil in a tank has a wick – usually cotton – wrapped around it. As you use the e-cigarette, the wick draws e-liquid from the tank to the coil.

3- Overbuying Due to Sales Pressure

Whether you buy your first ecig online or in a local vape shop, you’re likely to encounter a bit of sales pressure. An overzealous salesperson – especially one who doesn’t know a lot about vaping – might try to get you to buy a large, powerful device because selling a more expensive device will generate a larger commission.

If you’re a beginner, though, there are two problems with buying a powerful and complicated vaping device. The first problem is that complication is the last thing you need when you’re trying to switch from smoking to vaping. Smoking is easy. If vaping isn’t easy for you, you won’t want to do it.

4- Buying Only Tobacco or Menthol E-Liquids

When you buy an e-cigarette for the first time, it’s likely that you’ll buy a tobacco- or menthol-flavored e-liquid to replicate the smoking experience that you currently enjoy.

It’s natural to want to mimic the smoking experience as closely as possible when you first switch to vaping. One of the greatest benefits of vaping, though, is that you’re no longer tied to just one flavor.

No tobacco cigarette can taste like strawberry ice cream, or frosted grape. Only when you explore the other e-liquid flavors available will you begin to realize how much better than smoking vaping truly is.

5- Vaping Immediately After Filling a Tank

Remember what we said earlier about how an e-cig can only work properly if the wick wrapped around the coil is wet? The most likely reason why you might detect a burned taste from a new e-cigarette is because you didn’t allow enough time for the e-liquid to saturate the wick after filling the tank.

Before you fill a new tank for the first time – and each time you replace the coil head – place a bit of e-liquid on each of the coil’s wick openings. Install the coil and fill the tank as normal. Wait several minutes before using the tank for the first time. If you’re waiting several seconds between puffs for the wick to re-saturate, you should no longer notice a burned taste. If you do notice a burned taste, the next tip on this list probably applies to you.

An e-liquid has two different carriers – propylene glycol and vegetable glycerin – that dilute the e-liquid’s nicotine and flavors to the proper strength and hold the ingredients in suspension.

PG and VG have different properties, and adjusting their ratio in an e-liquid alters the e-liquid’s characteristics. An e-liquid containing mostly VG is thicker and generates bigger vapor clouds, but it may be too thick to flow through an e-cigarette coil with very small wick openings. Unless your vape is using a sub oHm coil, look for thinner e-liquids containing at least 50 percent PG.

7- Carrying Your E-Cigarette in Your Purse or Pocket

Many small vapes such as ultra-portable pod vapes are safe to carry in your pocket or purse, but if your vape has a fire button, the device should come equipped with a fire lock setting. If your vape isn't locked, something can accidentally press against the fire button. While built in safety features will turn it off after a few seconds, your battery can run down pretty quickly.

Safety Note: If you have an e-cigarette with removable batteries, you should never carry spare batteries in your pocket. If the batteries touch other metal objects such as loose change or car keys, a short circuit could result. During a hard short, a battery can vent hot gases or explode.

8- Waiting Too Long to Buy E-Liquid

When you vape, e-liquid – your supply of nicotine – is the one thing that you can never be without. That’s especially true if you plan to stop smoking and vape full time.

If you prefer to order your e-liquid online, you should always remember to place an order well before you run out of your current supply. Thankfully, most neighborhoods have at least one local vape shop. If you’ve never visited your local vape shop, though, you don’t know yet whether you like the shop’s selection. Its better to find out while you still have plenty of your favorite e-liquid left.

Do you ever detect a bit of cotton mouth after a vaping session? It’s not your imagination. PG and VG – the two most plentiful components of any e-liquid – are both hygroscopic, which means that they both absorb water from the surrounding environment.

When you exhale the vapor from your e-cigarette, you’ll lose any water that the PG and VG absorbed. Over time, you’ll notice dryness in your mouth, throat and lips. Although vaping isn’t likely to cause serious dehydration, you’ll need to increase your water consumption when vaping to keep your body in balance.

If you’re new to vaping and are starting out with a typical small e-cigarette, you’ll likely require an e-liquid with a nicotine strength of at least 16 mg. Unless you live near a well-stocked vape shop, though, you may have difficulty finding the nicotine strength you need unless you order it online.

Is Nicotine in E-Cigarettes Bad For You?

No vaping coil lasts forever. Eventually, residue begins to collect on the cotton wick and the coil. When the residue (vapers call it “coil gunk”),  becomes thick enough, it begins to burn as you vape. The burned taste will permeate every puff of vapor until you replace the coil.

If you aren’t happy with the flavor of your e-cigarette – or you can see that the cotton has begun to darken – it’s time to change the coil.

It's easy to avoid common vaping mistakes if you know what to look for. The most common mistakes are: 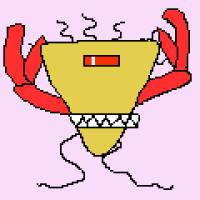 Andrew Dent is a contributing writer at cloudnineecigreviews.

Andrew's passion for disruptive technologies led him to enter the vaping industry in 2012. He believes that there is no limit to the life-changing potential of e-cigarettes.

Andrew is also the Director of Liberty Flights Australia