Is Nicotine in Cigarettes or E-Liquids Bad for You?

Clinical studies and medical research on electronic cigarettes is finally moving forward thanks to increased public awareness as well as interest within the political community.

In the past, studies were mostly sponsored by government agencies and political lobby groups hoping to discredit this product that is highly competitive with the tobacco industry. Results from those early studies generated some negative press for e-cigarettes, but new studies by universities and medical professionals are turning out some surprising, positive results.

A 2010 study by researchers at the Boston University School of Public Health concluded that electronic cigarettes were safer than real cigarettes and can aid in breaking the habit of smoking.

” Electronic cigarettes were found to be “much safer” than traditional tobacco ones, and had a level of toxicity similar to existing nicotine replacements” …… “Few, if any, chemicals at levels detected in electronic cigarettes raise serious health concerns.”

An electronic cigarette, or ‘e cigarette’ is a battery operated device that simulates the act of cigarette smoking by producing an inhaled water ‘vapor’ that closely mimics tobacco smoke, but without the chemicals inherent in burning tobacco.

Many well-respected doctors have even suggested that while using the electronic cigarette, there is virtually no risk of getting cancer.

These conclusions come from studies equating nicotine (the only suspect drug in an e-cigarette) with caffeine. The studies showed that the two drugs (nicotine and caffeine) affect the body’s health in the same way.

They also demonstrated that it is tobacco smoke and the hundreds of added chemicals in tobacco cigarettes that are harmful to human health.

Which Is The More Effective Smoking Cessation Method? – E-Cigarettes or Nicotine Patches and Gum?

The European Journal of Internal Medicine 2012; 23(5):461-4 , identified that government approved smoking cessation replacement therapies, including nicotine patches and gum, have  a long term quit rate of less than 10%, whereas other studies prove electronic cigarettes have seen 50% of subjects either quit completely or significantly reduced their smoking intake.

Four very well known doctors, from the popular TV show “The Doctors”, have also studied the electronic cigarette and featured it as one of their top 10 key health trends for 2010.

“The electronic cigarette gives you nicotine, but it doesn't give you any of the other 4,000 chemicals from a cigarette that can cause cancer, among other problems”.

The electronic cigarette is not encompassed by most smoking bans and regulations although political lobbyists are hard at work trying to implement new public smoking bans that include e-cigarettes. Still, most bars, many businesses and even one airline permits the use of e-cigarettes indoors and on-board.

In the United States alone, over 3,000,000 smokers have already switched to electronic cigarettes.

So Why Doesn’t the FDA Approve Electronic Cigarettes As a Smoking Cessation Device?

The FDA and major pharmaceutical giants have good reason to fear the success of electronic cigarettes. The product is sure to compromise their business and political interests. Also, when people stop smoking tobacco products, governments will lose millions of tax dollars.

In 2012 Lynne Dawkins and her colleagues from the University of East London noted that there were currently over 100 brands of e-cigarettes, and 3.5 million devices were sold in 2012.

“Most people reported great health benefits. Their cough was reduced and their breathing was improved,” said Dawkins, who added that the benefits are most likely from people smoking fewer cigarettes and not an effect of the devices or vapors”.

Fox News cited a recent study  in which researchers found that the majority of people felt their health had improved since using electronic cigarettes.

Although the survey participants felt that their breathing eased with e-cigarettes, past research suggests the vapor can cause at least temporary negative effects on airways such as constriction and inflammation. But that study only included a small group of people and the researchers couldn't say if those reactions actually lead to health problems.

All the self-centered political posturing must end and further studies on the long term effects of vaping are needed; however, there are thousands of positive testimonials about the merits of e-cigarettes that can be found on-line and in studies and research.

As increasingly more smokers seek out effective smoking alternatives and realize the advantages of the electronic cigarette, the product is destined to become the Number 1 choice for smokers looking to lead a healthier lifestyle.

With the high cost of smoking traditional cigarettes and with the danger cigarettes bring to your health, Cloud Nine gives our recommendation and support to anyone looking to give these devices a try. 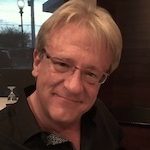 Gary D. has over 20 years experience with Fortune 500 corporations. A vaper since 2009, he has been an active supporter of Tobacco Harm Reduction and the vaping industry. You can check out his many ecig reviews here on CloudNineEcigReviews and at Best E-Cigarette Guide.com.